This month marks the 15th anniversary of my first post on the FutureBlind blog. This is such a long time in the internet age that I feel like an old man now. I started the blog in college as a place for my thoughts on investing and business case studies. What I’ve written about over the years has morphed along with my interests, and I continue to enjoy putting my thoughts out there. I’ll keep going as long as I’m able to and hope readers continue to find it enjoyable! 😄

In this roundup edition:

This essay is also available as an episode on the FutureBlind podcast. Check it out below or subscribe to the feed in: Apple, Overcast, Spotify, Pocket Casts. 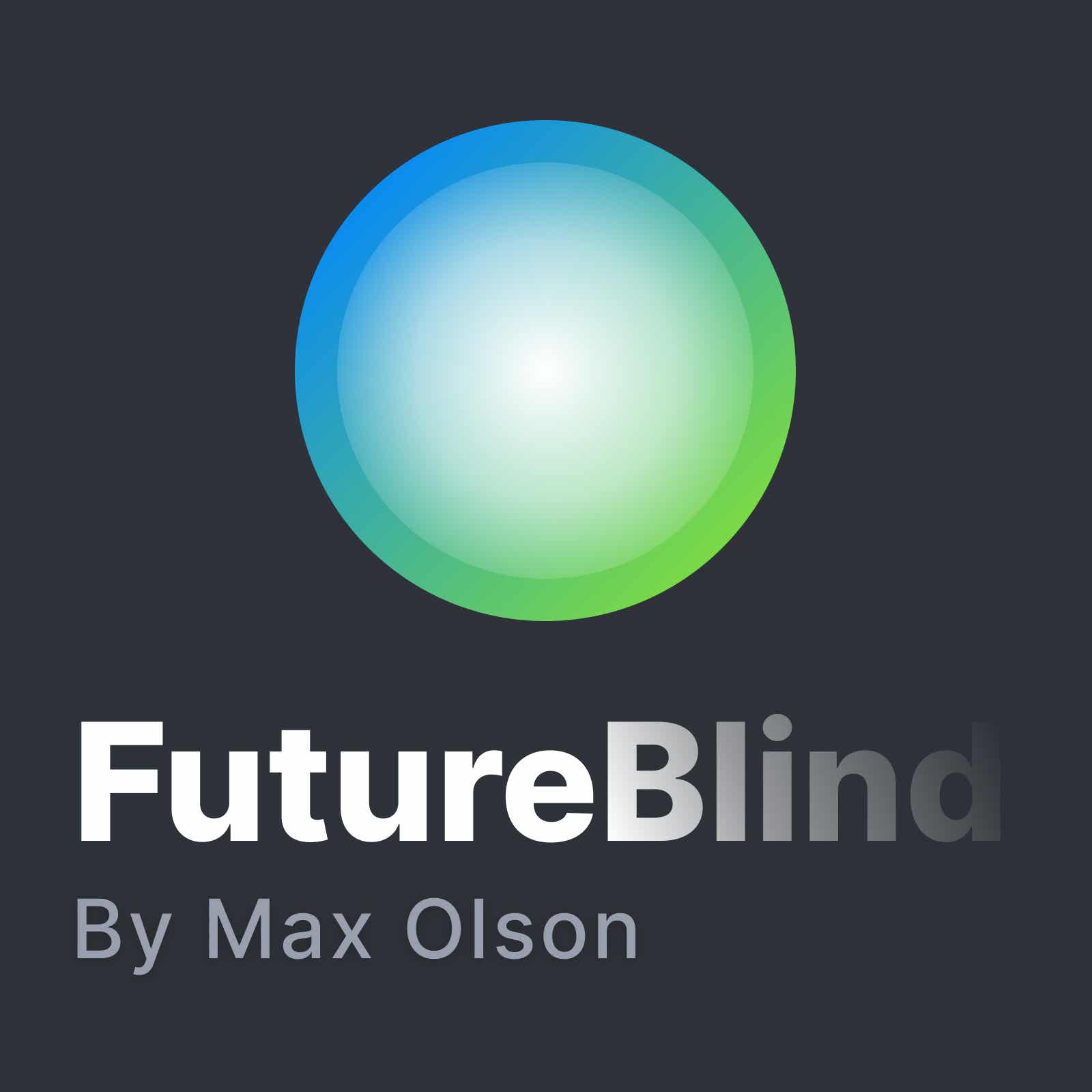 One of the greatest business successes over the last 20 years has been SpaceX’s rise to dominance. SpaceX now launches more rockets to orbit than any other company (or nation) in the world. They seem to move fast on every level, out executing and out innovating everyone in the industry.

Their story has been rightfully told as one of engineering brilliance and determination.

But at its core, the key their success is much simpler.

There’s a clue in this NASA report on the Commercial Crew Program:

SpaceX and Boeing have very different philosophies in terms of how they develop hardware. SpaceX focuses on rapidly iterating through a build-test-learn approach that drives modifications toward design maturity. Boeing utilizes a well-established systems engineering methodology targeted at an initial investment in engineering studies and analysis to mature the system design prior to building and testing the hardware. Each approach has advantages and disadvantages.

This is the heart of why SpaceX won. They take an iterative path.

Unless you haven’t been on the internet in the past 6 months, you’ve already heard about AI art generators like DALL-E 2, Midjourney, Stable Diffusion, and Google’s Imagen.

I can’t begin to imagine all the crazy applications of this there will be in the coming years (and months!). As usual, there will be bad use cases (see the section “What negatives does technology cause?” below on this). But AI art is a particularly fun one to think of all the amazing positive use cases.

Custom, more specialized versions of models will be common and we’re already seeing them adapted from the SD model. One of the biggest benefits of neural nets in general is that you can build off of existing models with minimal retraining: you are essentially using its prior understanding of how to translate text prompts into images, and layering on further knowledge. The new model needs to get trained again but only really the last few “layers” — the computationally expensive part of the model is already good to go.

Existing large models seem to already be better at certain things. In my experiments I’ve found DALL-E to be best for the images I’m looking for (see all the illustrations in the essay above). However Midjourney’s more fantasy-like digital art is pretty astounding. Make sure to checkout their showcase below, and refresh it every week as they update it.

Ultimately this will just become another tool in the creative toolbox. A really really powerful one. And yes, it will automate a lot of artistic work, especially of the low-level one-off job variety. It will also create a lot of opportunity for people to be more creative.

📹 Cleo Abram’s “The REAL fight over AI art” addressing some of the moral and ethical concerns.

Must read: “Energy Superabundance: How Cheap, Abundant Energy Will Shape Our Future”, a paper by Austin Vernon and Eli Dourado. What are some of the effects of very low energy costs? Where will increased demand come from? They go over the details of how abundant energy could affect transportation, water, agriculture, and more.

Pair with this report on the Clean Energy Transition, and Packy McCormick’s “Working Harder and Smarter” on why we want to use more energy (and not just make things more energy efficient).

Speaking of energy abundance — We need more elemental power! Mark Nelson, managing direct of Radiant Energy Fund, has been making the rounds recently on the current state of nuclear.

🎙 My friend Eric Jorgenson did an interview where he gave a great rundown on nuclear’s history and where it stands today.

🎙 Liberty also did 2 long interviews with Mark that went in-depth on the topic. Here’s part 2.

It’s not all positive — here’s a negative nuclear article in the New Yorker. Although the author admits he’s been a critic of nuclear since the 1970s, so I don’t know how partial he could suddenly become after so much confirmation bias over the years.

Will we see a November launch of both NASA’s SLS and SpaceX’s full-stack Starship to orbit?

NASA’s SLS launch has been a long time coming. The building/testing has been delayed for years, and now the launch itself has been scrubbed a few times (from a combination of bad luck and questionable decisions). With hurricane Ian on the horizon, the current estimated launch time is November.

The best rundown of how we got to now with the SLS (as usual) comes from Eric Berger:

With the launch just days away, I am incredibly happy for the people at NASA and the space companies that have worked hard, cut through the bureaucracy, managed thousands of requirements, and actually got this rocket built. And I’m eager to see it fly. Who doesn’t want to watch a huge, Brobdingnagian rocket consume millions of kilograms of fuel and break the surly bonds of Earth’s gravity?

On the less happy side, it remains difficult to celebrate a rocket that, in many ways, is responsible for a lost decade of US space exploration. The financial costs of the program have been enormous. Between the rocket, its ground systems, and the Orion spacecraft launching on top of the stack, NASA has spent tens of billions of dollars. But I would argue that the opportunity costs are higher. For a decade, Congress pushed NASA’s exploration focus toward an Apollo-like program, with a massive launch vehicle that is utterly expended, using 1970s technology in its engines, tanks, and boosters.

Effectively, NASA was told to look backward when this country’s vibrant commercial space industry was ready to push toward sustainable spaceflight by building big rockets and landing them—or storing propellant in space or building reusable tugs to go back and forth between the Earth and Moon. It’s as if Congress told NASA to keep printing newspapers in a world with broadband Internet.

Elon is also saying that November is likely for an orbital Starship launch. Yes, this is Elon-time, but one can hope, right?

🧪 What negatives does technology cause?

How can you push forward at a fast pace and still get ahead of unintended consequences?

Jason Crawford writes more about this in “Towards a philosophy of safety”.

I followed up in this forum post asking how we can classify the negative effects of technologies in order to better prevent them.

It’s clear that separating different types of potential risk is important. For example: whether or not a problem has fat tail, extremistan-world consequences, and how difficult they are to control. Novel pathogens come to mind here.

Rocket Lab ($RKLB) is the only other commercial launch provider aside from SpaceX that is regularly delivering customer payloads to orbit. They currently focus on small payloads (<300 kg) with their Electron rocket, and are planning on moving up-market with the development of their reusable Neutron rocket (13,000 kg to LEO). They’re also moving across the space stack by building satellites and many other components necessary for the space economy. One of their upcoming launches is even interplanetary: a probe to Venus, the first ever privately funded venture to another planet. (Disclosure: I own shares in Rocket Lab through the fund I manage.)

Perimeter Solutions ($PRM) has a near monopoly on the fire retardant used for wildfires. It is co-chaired by Nicholas Howley (founder of Transdigm) and William Thorndike (author of “The Outsiders”). The company has an interesting history, first starting as a division within Monsanto, spun off in 1997. Through a series of private equity acquisitions, it was renamed “Perimeter Solutions” in 2018 and continued to grow via acquisitions until going public via SPAC in 2021. Post going public, they seem to be taking the “outsider” approach and acting more as a holding co with the goal of maximizing shareholder returns.

These twin problems are only getting worse. President Biden has signed executive orders strengthening construction unions and increasing the stringency of NEPA requirements. Meanwhile, consulting firms are already promoting to investors the lucrative opportunities presented by the anticipated wave of retirements at public works agencies. Up to 41 percent of the construction industry’s workforce is nearing retirement age as well, and the construction industry has an estimated worker shortage of 650,000 people, partly because many who left the industry following the financial crises never returned. . . .

The result is that the U.S. gets less and less every year for every dollar spent on construction. This means decline.

Occasionally I’ll put out notes I’ve written on some of my favorite reads. Below are a few recent ones:

How Innovation Works, by Matt Ridley

Where Good Ideas Come From, by Stephen Johnson