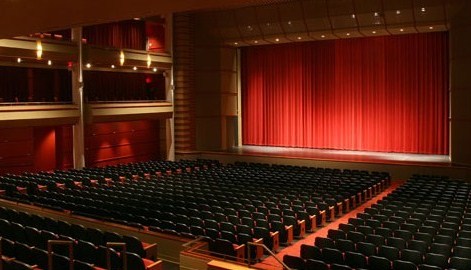 In Saturday’s Wall Street Journal, Elizabeth Wurtzel wrote an opinion piece titled “The Internet Is Ruining America’s Movies and Music.” She talks about how both businesses aren’t like they used to be, because of—you guessed it—the internet.

It’s easy to understand why many people in both the music and movie industries long for the good old days. They used to exist in government-sanctioned oligopolies where consumers had little choice in where their entertainment came from. Whether it was the three network TV stations, limited spectrum for radio, or your local theater being the only option for a movie. Here’s a passage from Wurtzel’s article:

In the era of the online music store — even if you buy from iTunes rather than stealing from LimeWire, the problem is the same — no one knows how to listen to a complete album anymore. Everything is slanted toward the hit single. This means that the music industry is oriented toward one-hit wonders rather than consummate musicians, and talent development is just not worth the trouble.

In reality, the opposite is true. One-hit wonders have always dominated sales in the music industry. This won’t change anytime soon—there will always be the megahits in the “head” of the long-tail. Places like iTunes or Netflix allow the obscure musicians and moviemakers to find some kind of an audience. Also, in the past, if I liked only one song from an artist, I may not purchase their album at all. Now, I can at least get the song I like.

In fact, 47% of our gross domestic product involves intellectual property (IP) transactions, and about 6% of our national worth — $626.6 billion annually — is from our copyright businesses. These are the segments of our economy that are suffering, or stand to do so, as a result of the Internet. The Internet, glorious as it is, should be thought of as the plague of postmodernity.